This Wednesday on 25th June, we're going along to a very special and colourful event that is happening at Centurion Bar in aid of HIV awareness charity 'Body Positive North East'. The show, which kicks off at 7pm, will include a wealth of talent and entertainment with Elton and Gaga tribute acts, hosted by the wonderfully unique Crystal Meth and with our very own scissor wizard Tiago Galvan providing the larger than life costumes. 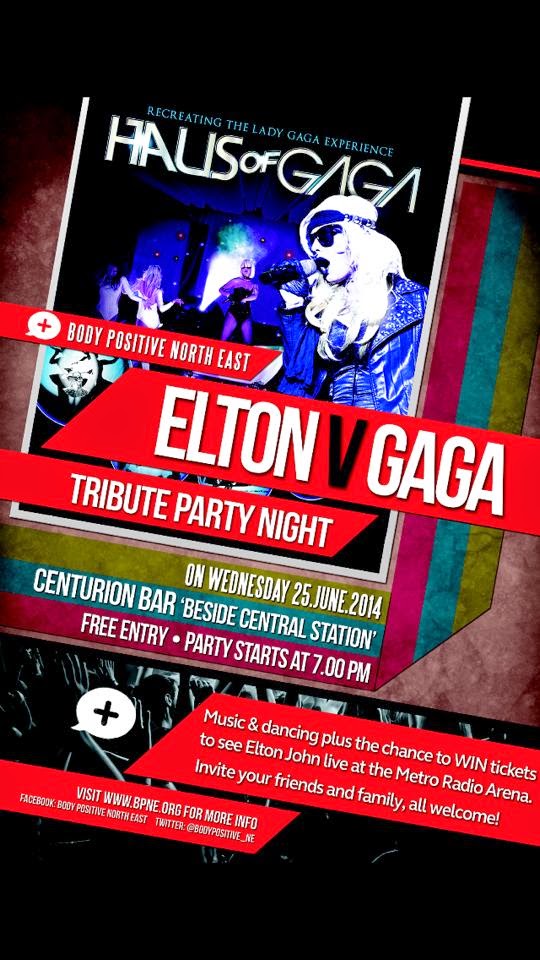 Last night we were privileged to have been invited along to the group meeting to get a bit of an inside scoop. Firstly a few final costume preparations at F6.Studios and testing the corsets (we even managed to get videographer 'Klunky' into one) and getting everything ready to head over to Centurion Bar for the performers to check out. Lots of latex, ruffles and glitter was involved, but you'll have to wait until tomorrow's show to see the complete looks in all of their glory! 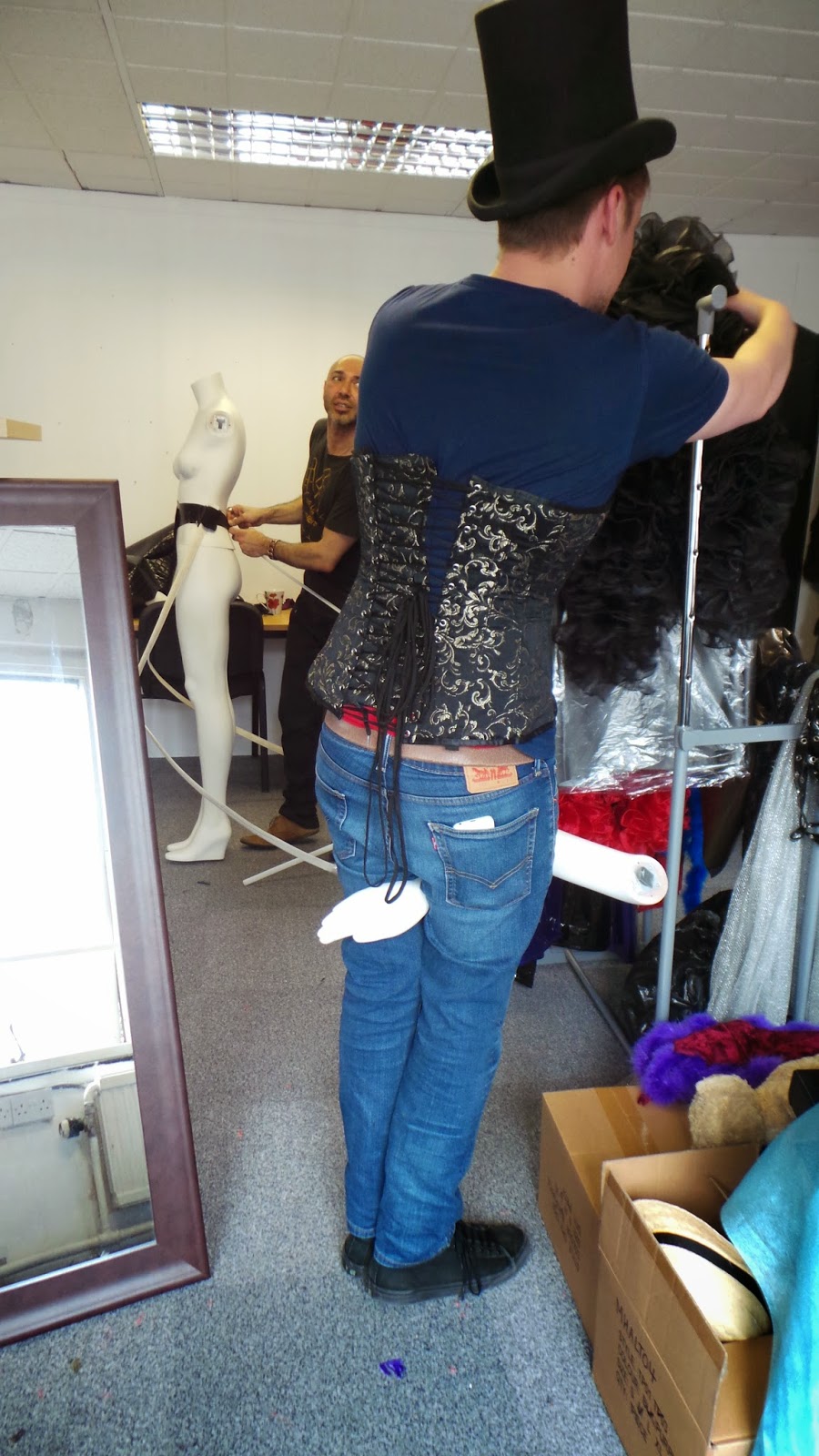 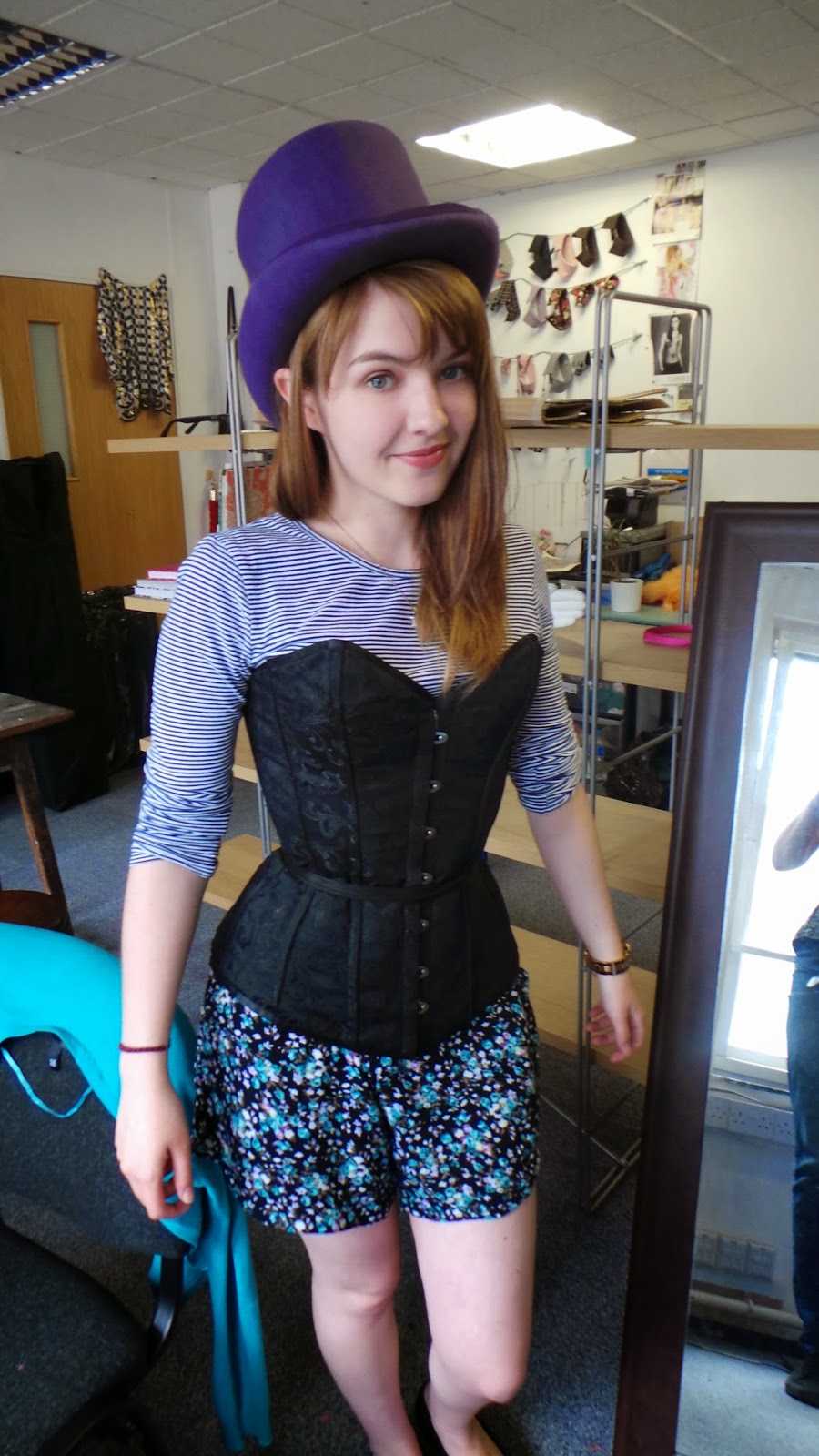 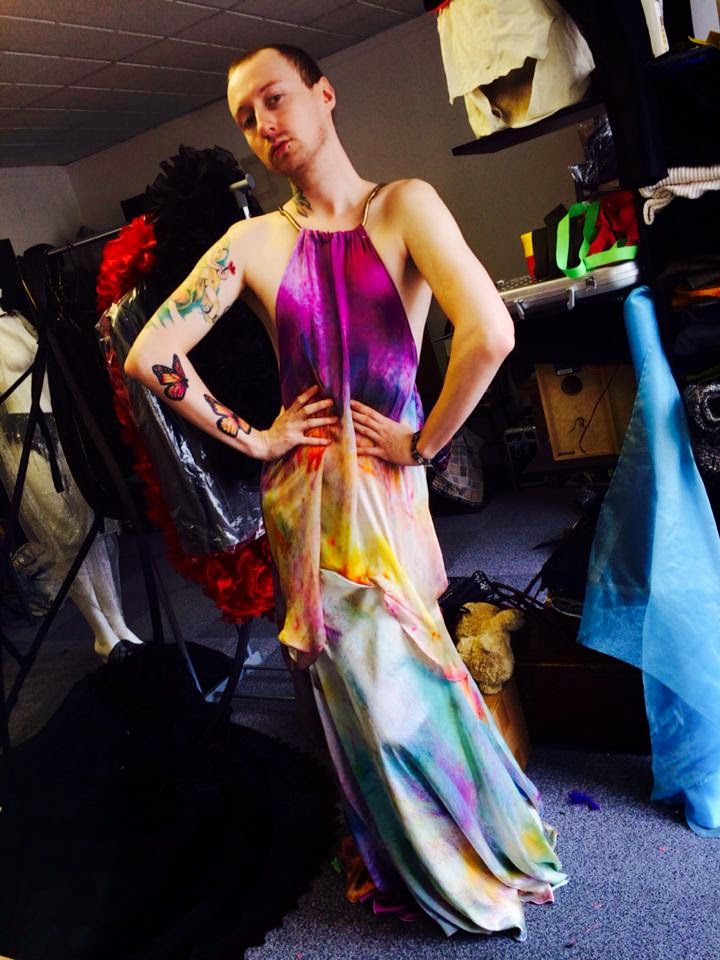 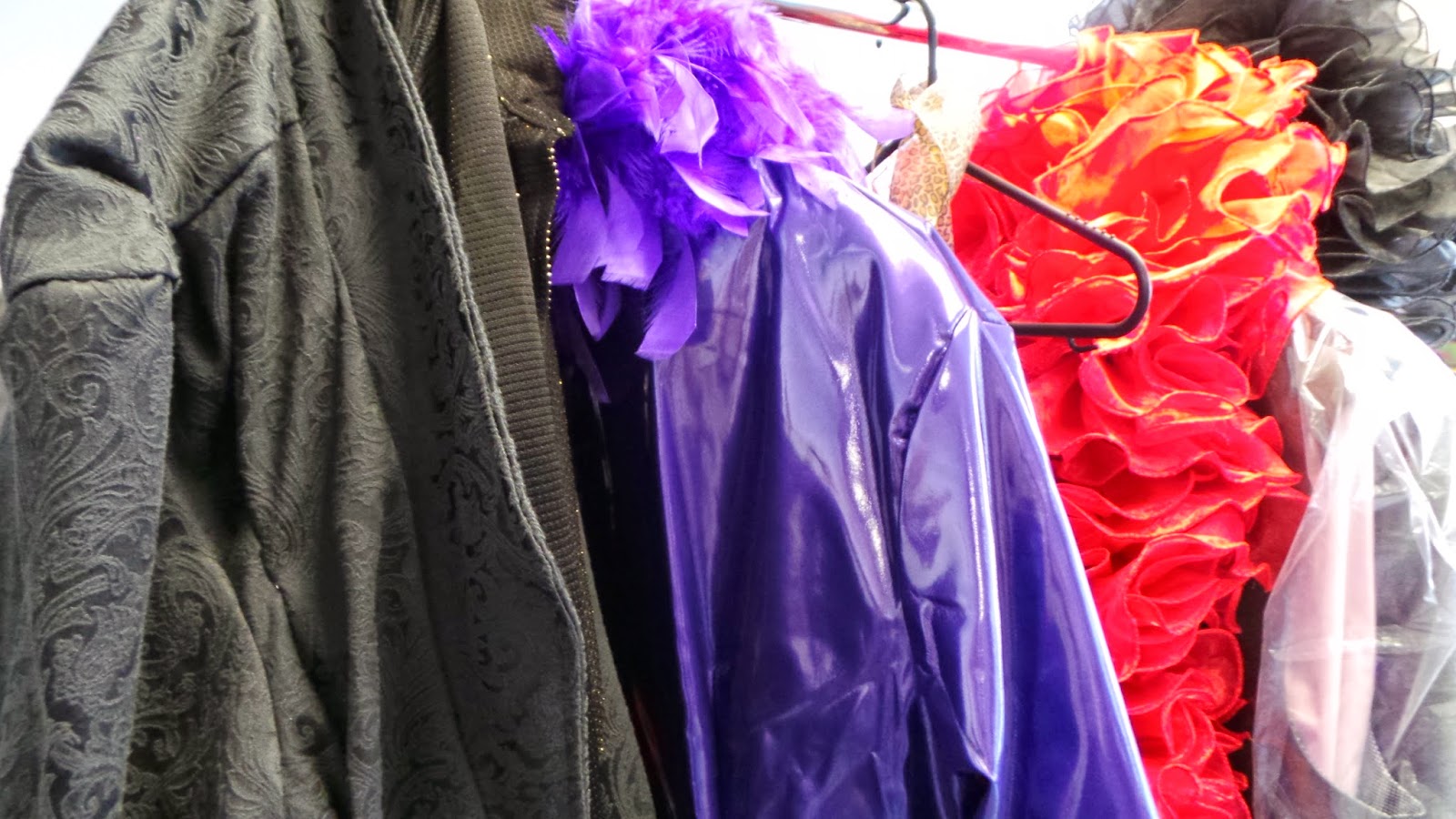 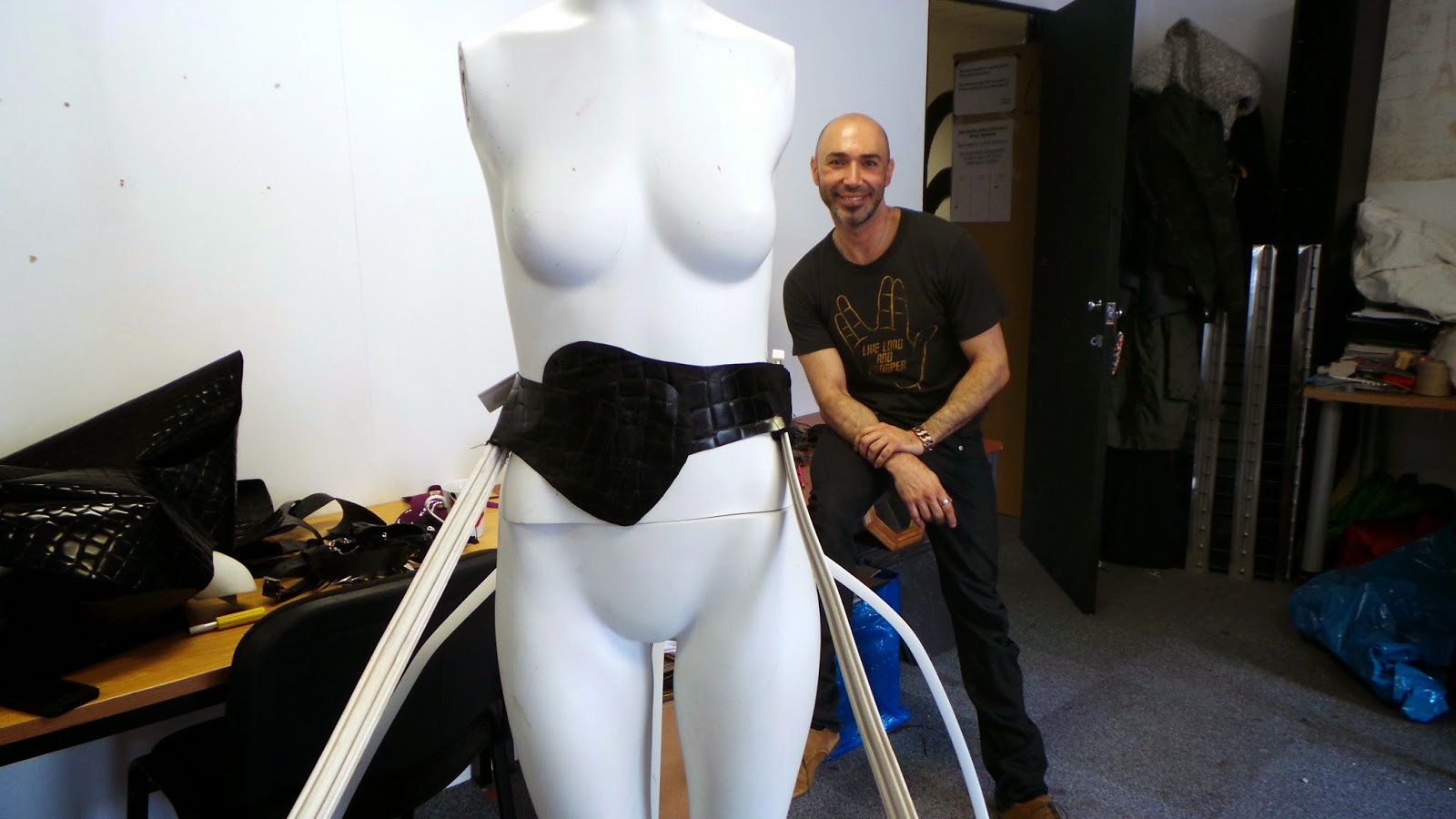 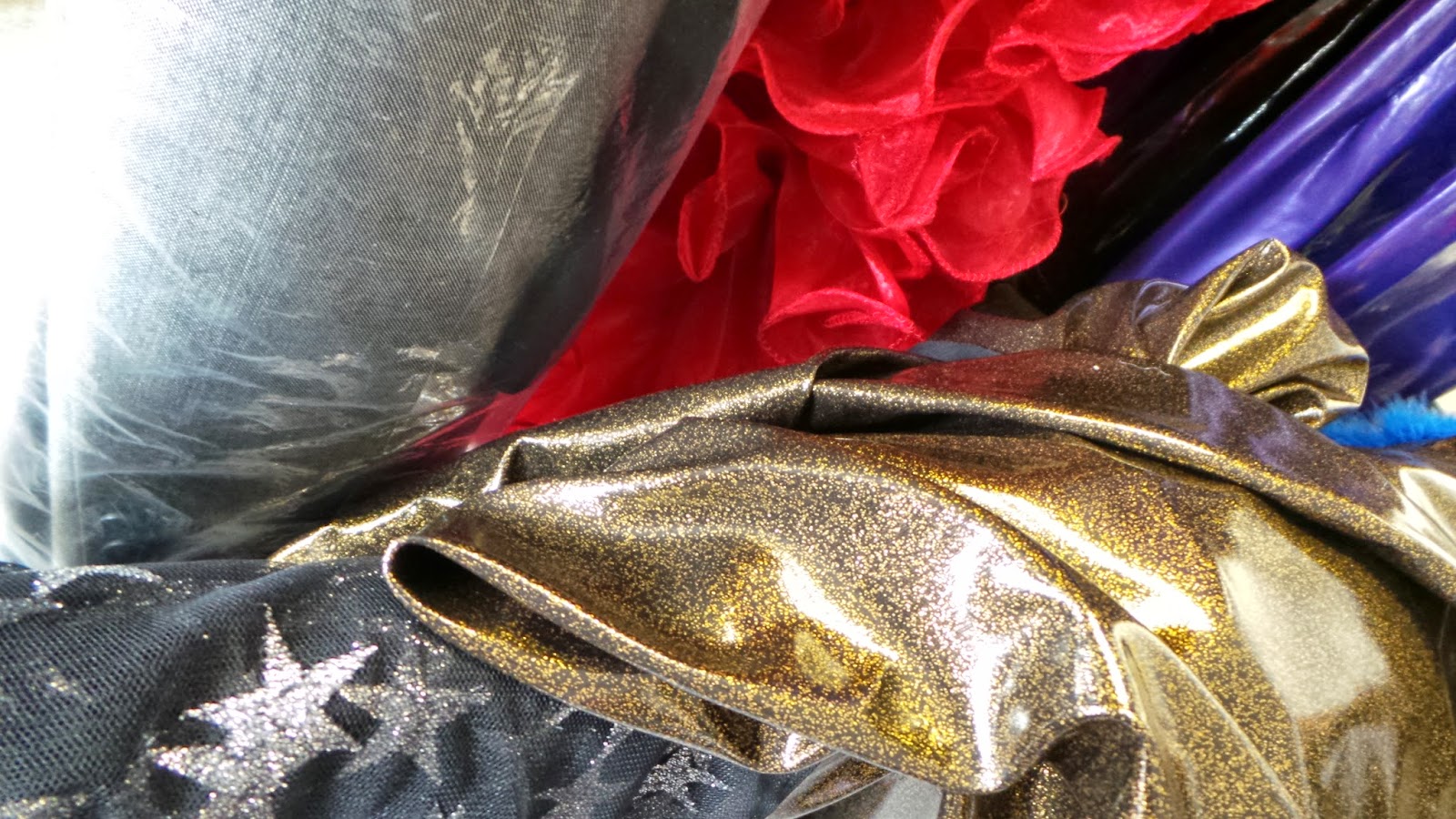 When we arrived, we were introduced to the performers Maltese Elton (Paul Gatt), Malaysian Elton (Jeffri Ramli) and Gaga (Jemma Jenkins). Also there was compére Crystal Meth, Sean Murphy of Body Positive North East and a few others working behind the scenes. We don't want to give too much away, but just a few things to look forward to include a special raffle to win tickets to see Elton John at the Metro Radio Arena (donated to the charity by Elton himself), a selfie with the stars competition to win £50 of Eldon Square vouchers, and the fabulous 'camp police', making sure we're all on our best behaviour! 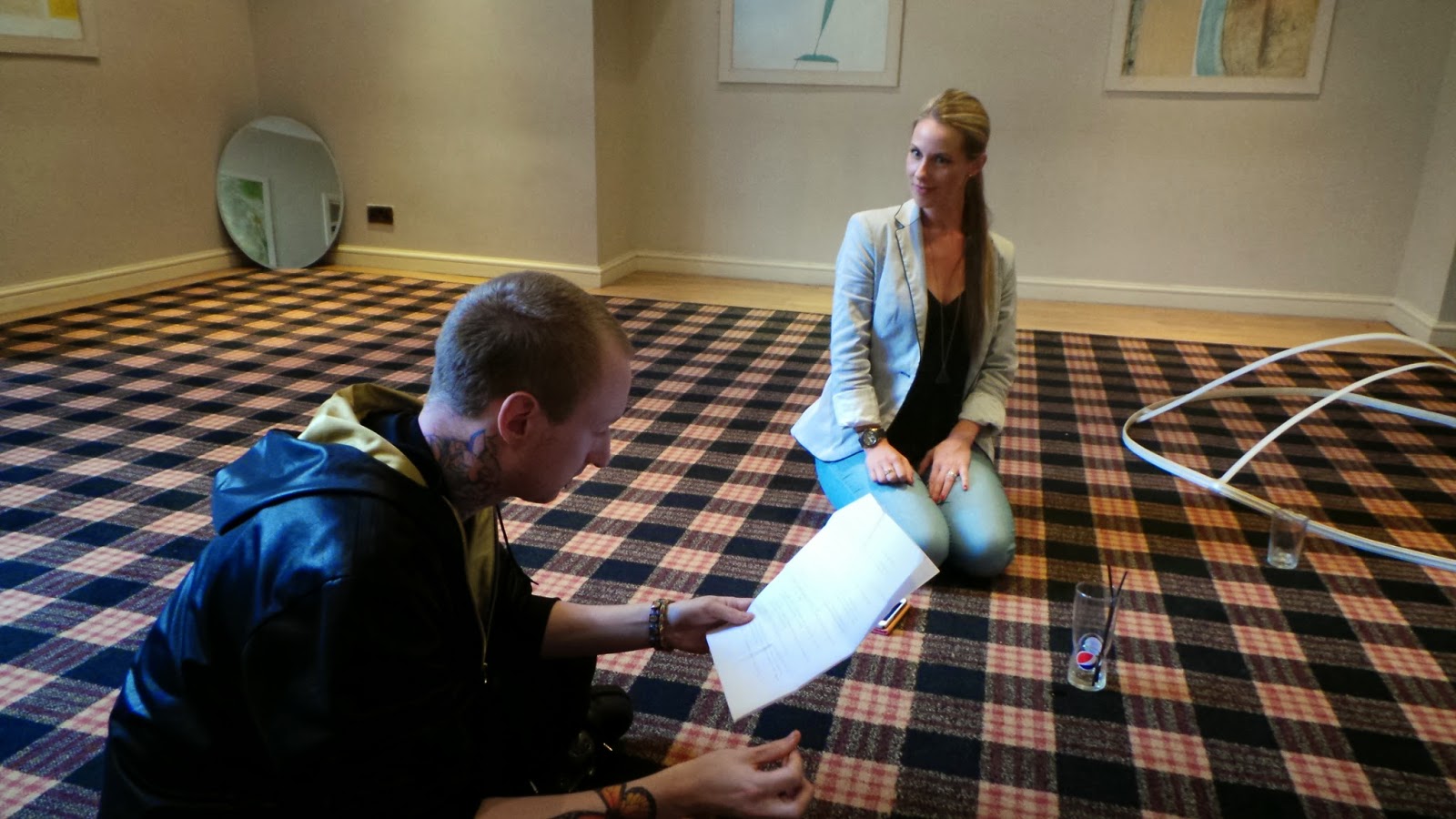 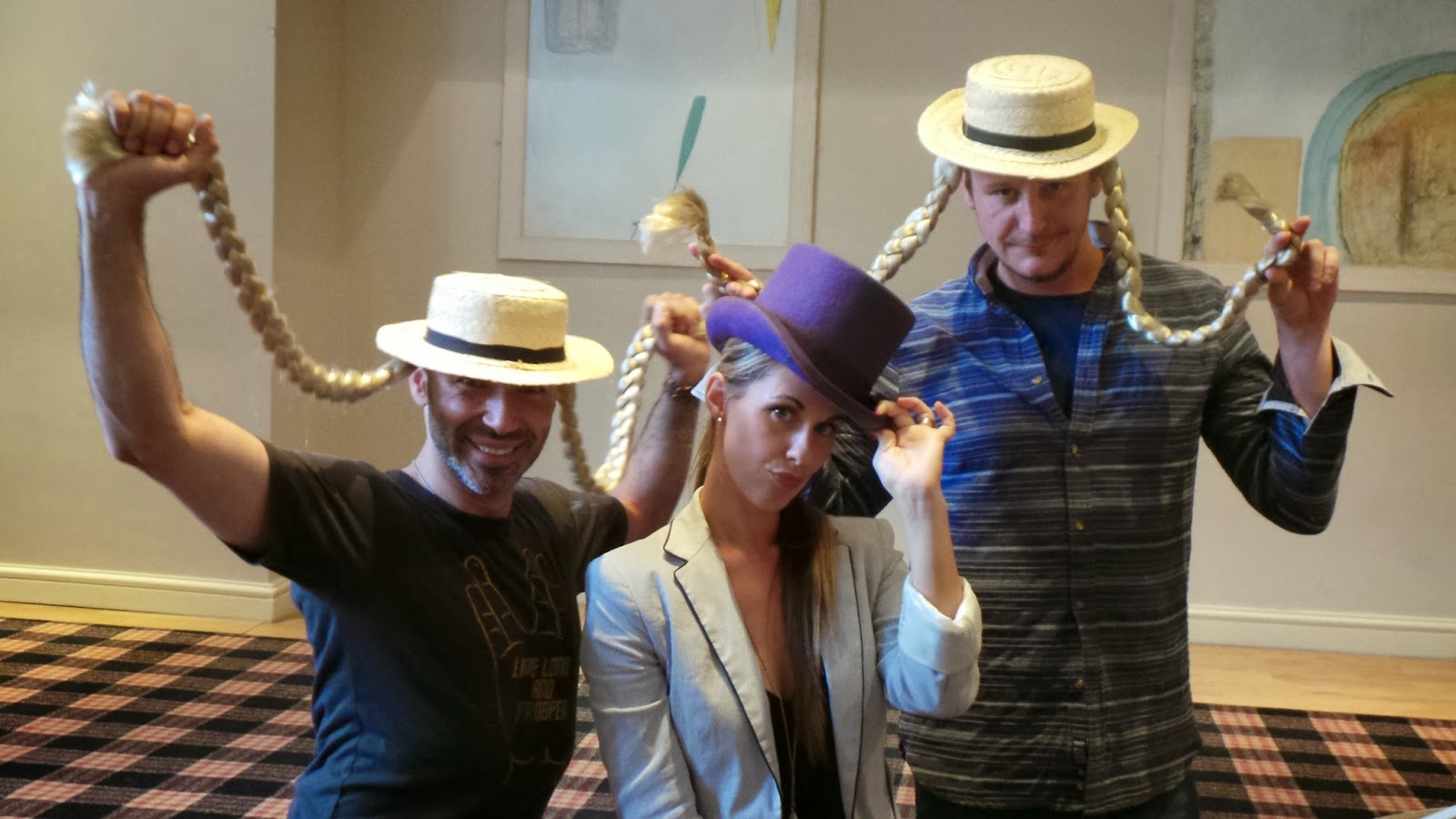 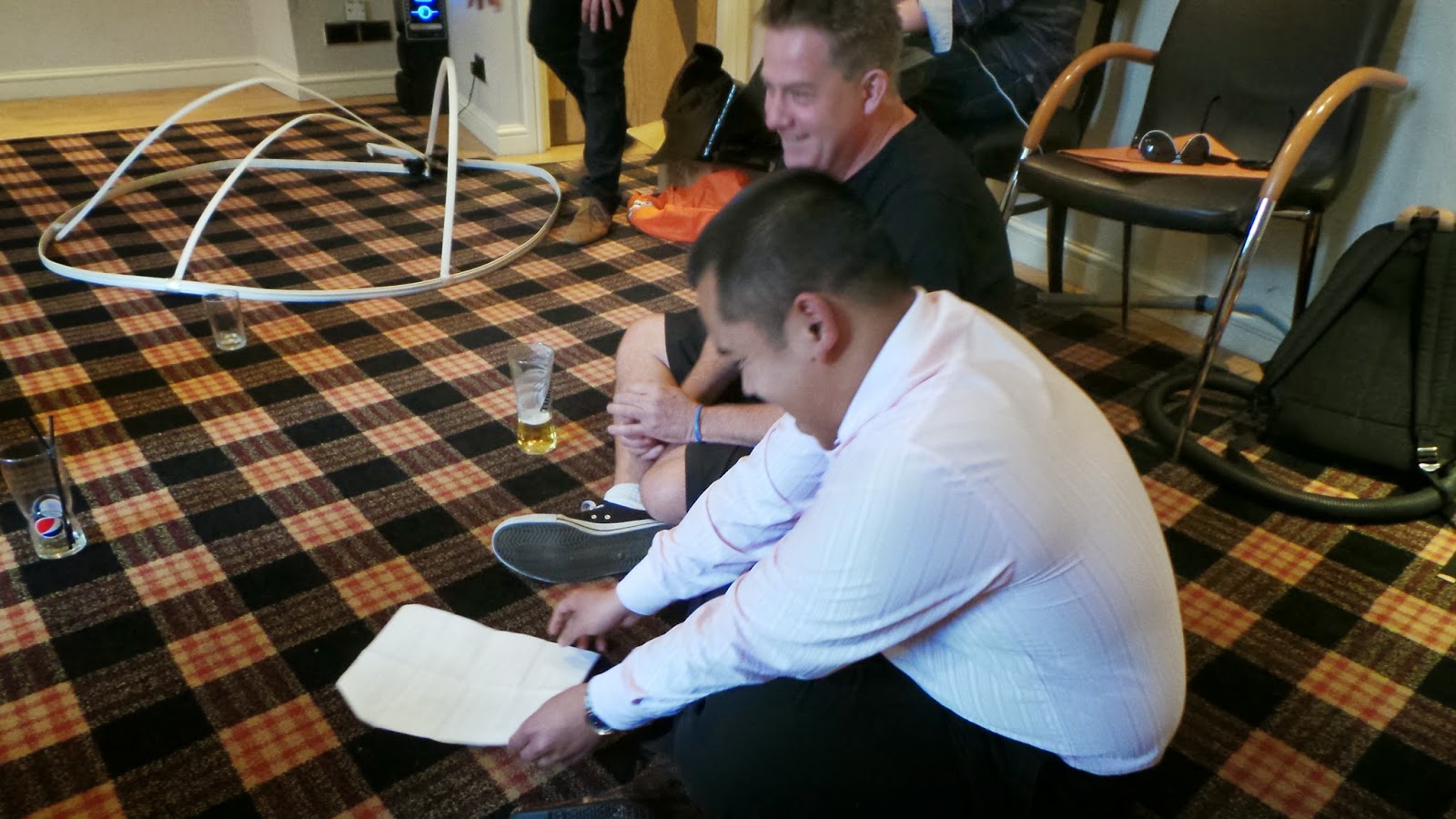 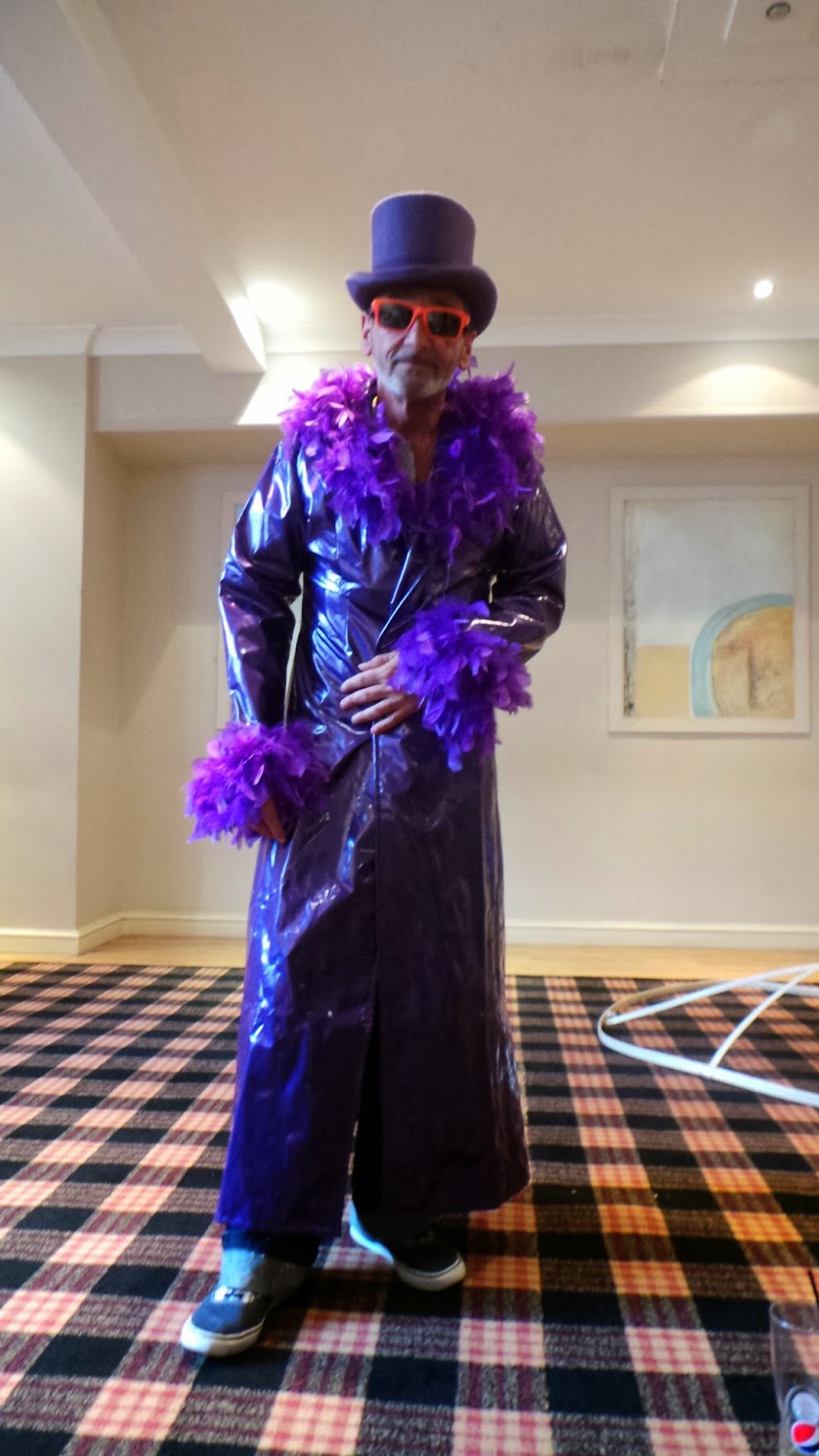 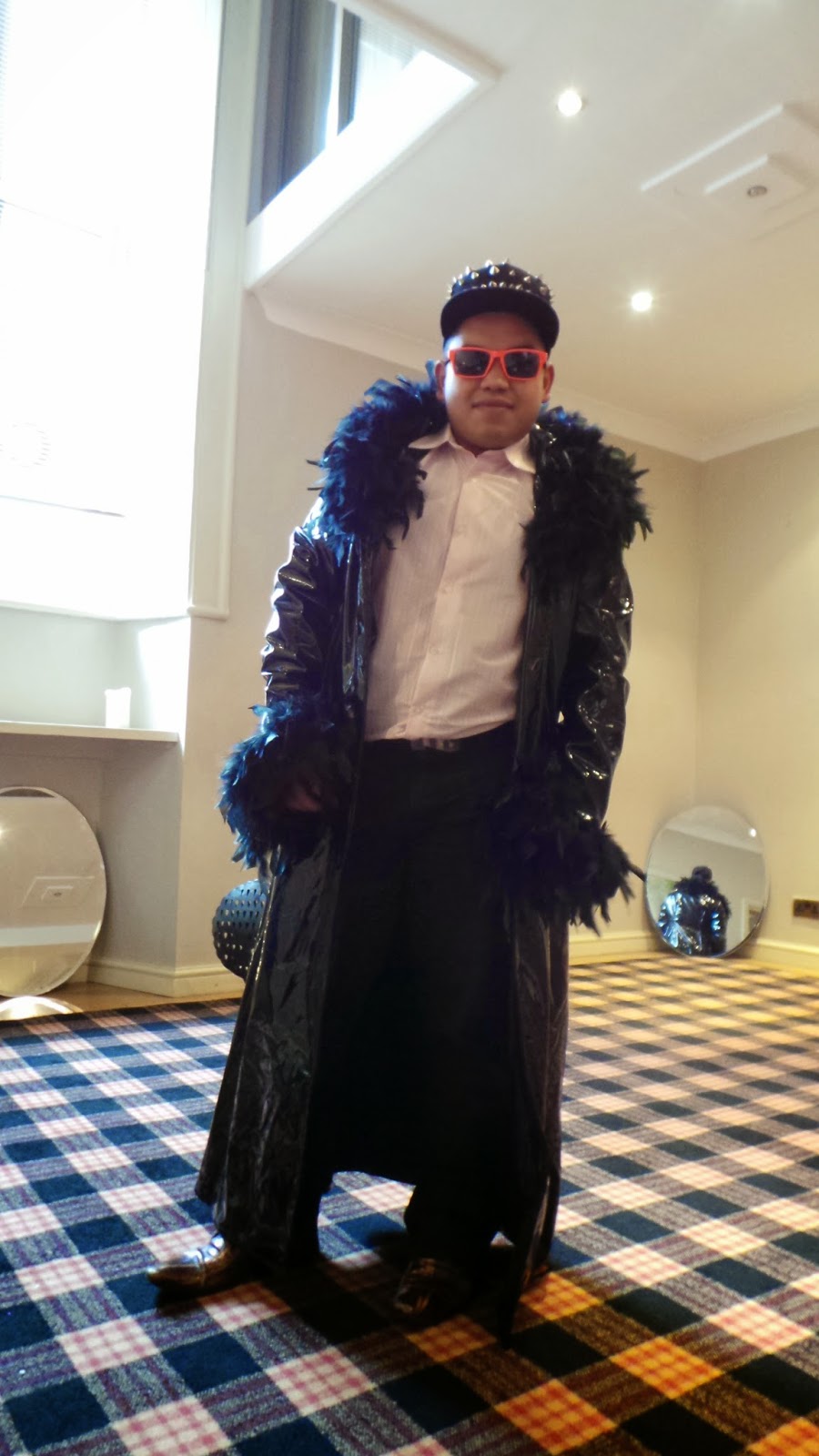 We can't wait to let our hair down at this fantastic event, which is set to be fabulous in every way though carries an important message. HIV in society nowadays is still seen as a taboo subject, and a one which some believe only applies to the gay community and 3rd world countries so doesn't personally affect them. The truth is, HIV is passed on the same as chlamydia, and 55% of people living with HIV are straight, busting outdated perceptions of the virus. Worryingly, there are 1500 people in the North East who have HIV, and 22% are not aware they have the virus.  With such a high number undiagnosed this is likely to lead to an increase of people living with HIV. Hopefully, with the money raised from the show and a little presentation on the charity at the start of the event, people feel more aware of the virus and more able to talk about HIV without stigma or prejudice.

We're looking forward to what's set to be a night to remember, and with live camp entertainment, flowing drinks, witty banter and a fantastic cause, what's not to love?!

It's that time of year again where students who have been slaving away for the past couple of years get the chance to showcase their best work yet, showing their newest designs to the public and potential buyers and employers. Recently we attended Newcastle College to see what the Foundation Degree graduates had to offer, which ranged from fine art to fashion, and traditional textiles to technology. Here are our picks of the fashion and textiles peeps... 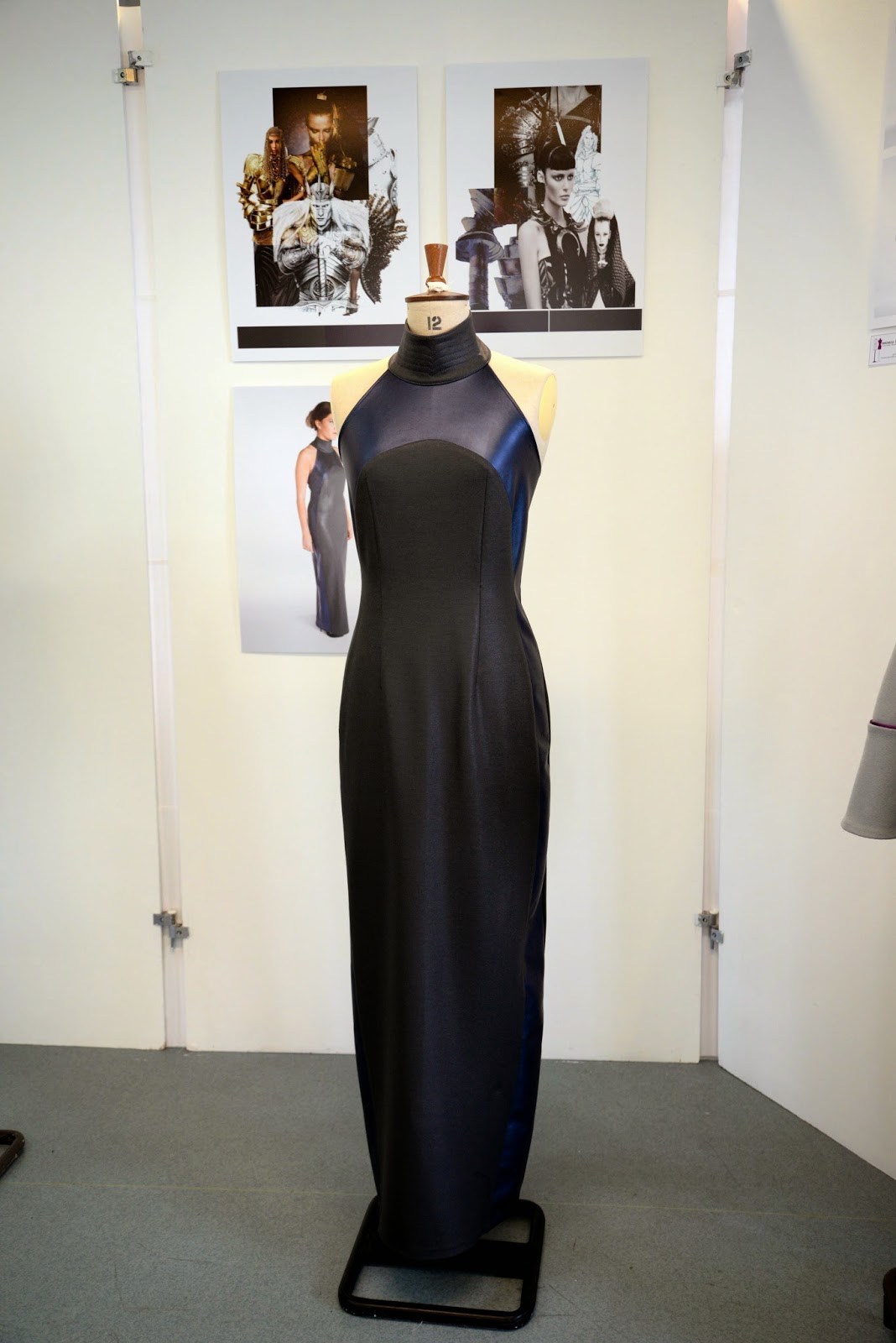 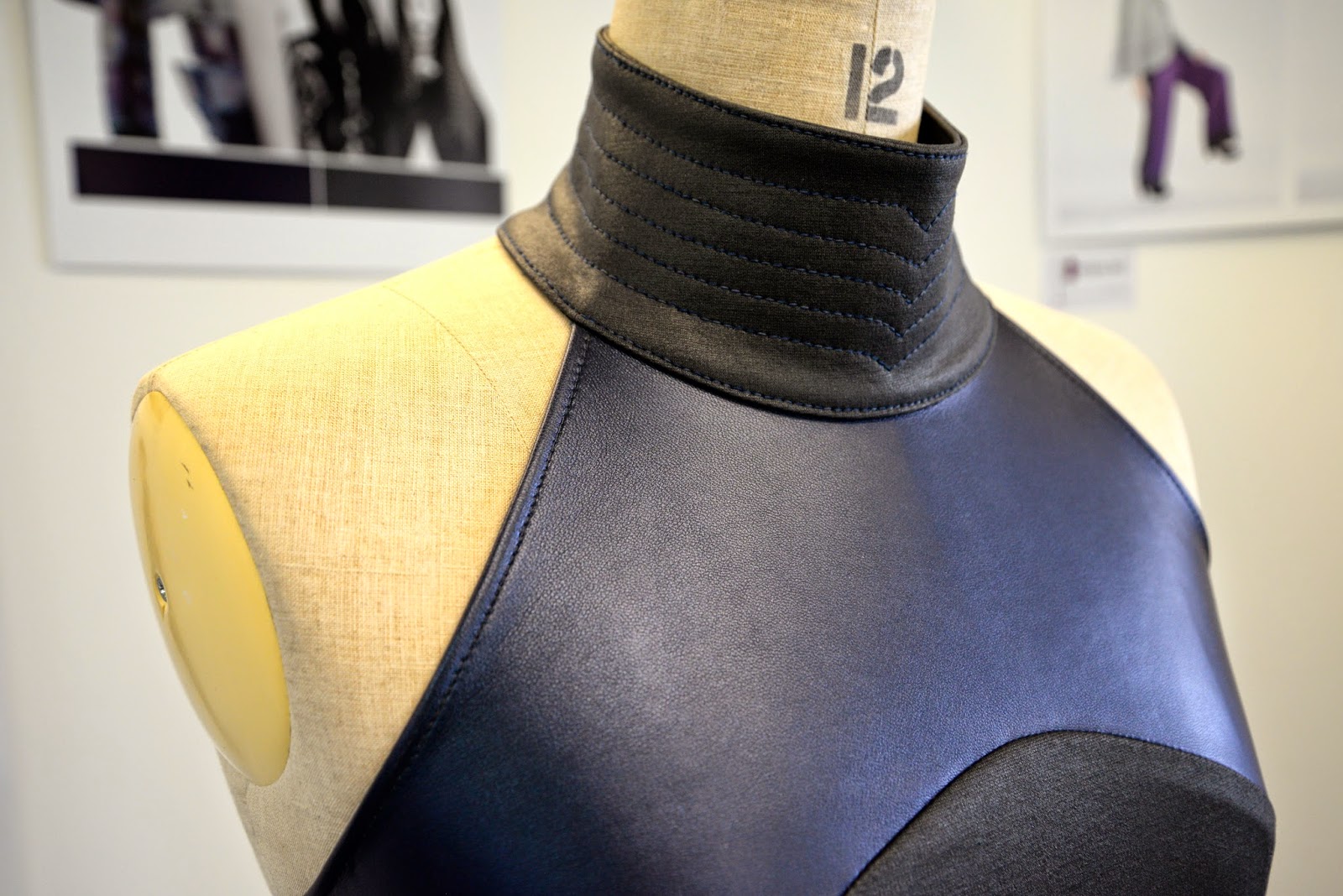 Rana Amer created a striking maxi dress for the degree show, taking a staple garment and giving it a modern industrial twist with a contrast waxed yoke and parallel pointed stitching around the neck band. The final look is fierce yet elegant, and we reckon if Catwoman ever needed an outfit change, this would be her go-to dress. 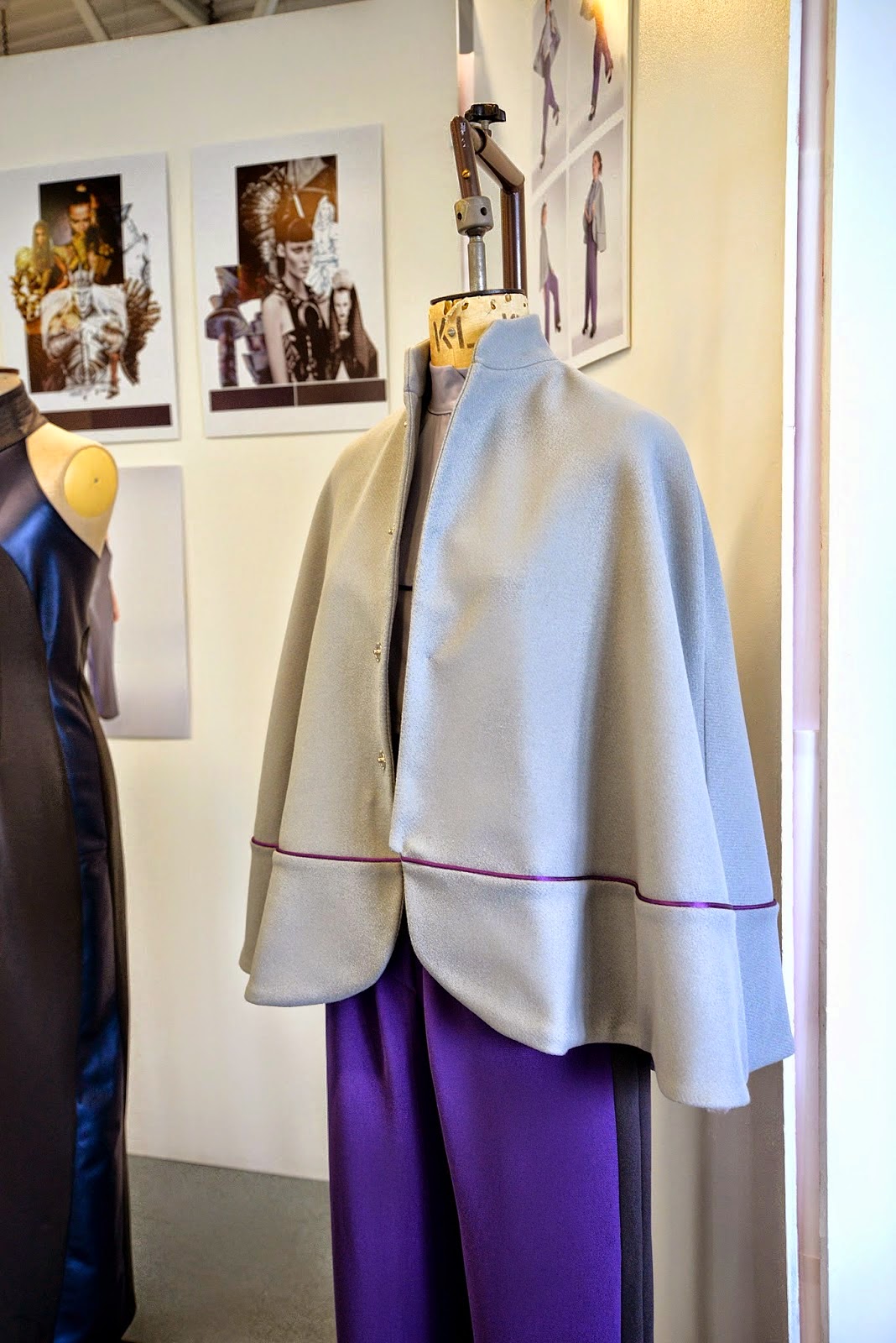 Fashion graduate Francesca Bell also took the clean lines approach, showcasing her minimalist outfit which featured flowing but structured silhouettes, toughened up with contrasting masculine shades. We love the attention to detail shown in the horizontal purple piping on her futuristic cape, which brings the whole look together. 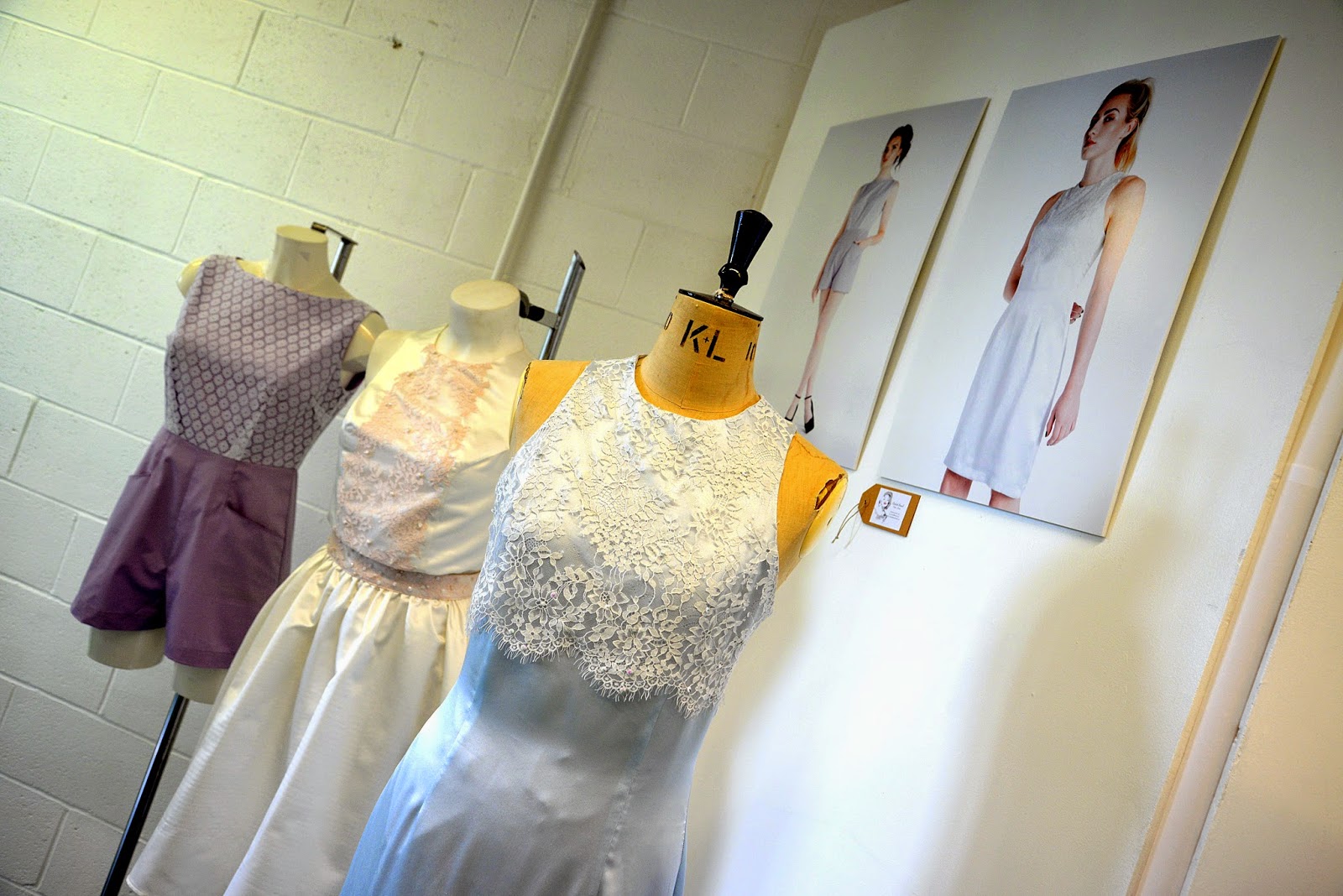 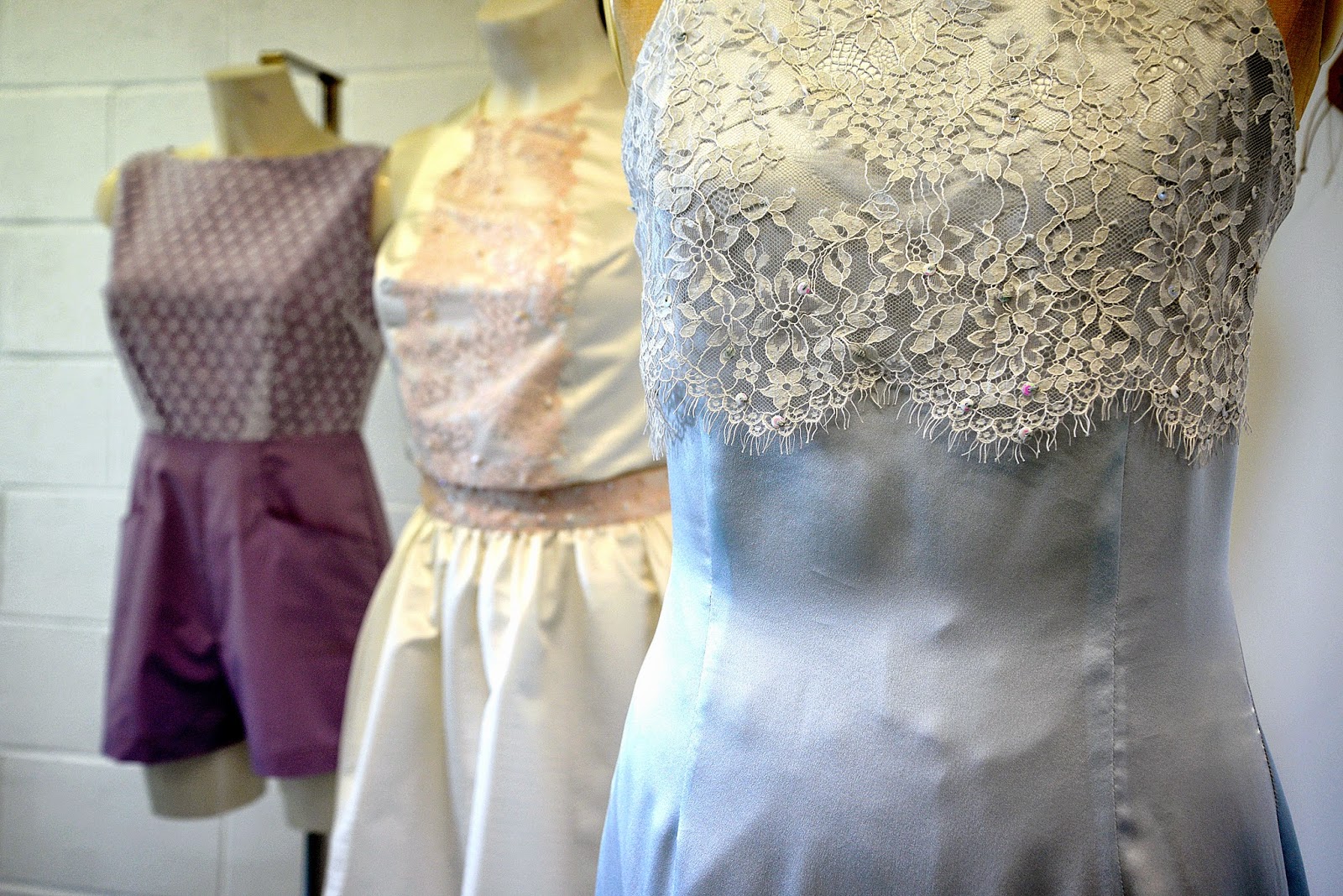 Elizabeth Browell's fashion collection was unashamedly feminine with complimentary spring hues and gorgeous lace. The detailing on the garments was delicate and selective, the solid base colours showcasing the soft laces and prints perfectly without distraction. We can happily imagine ourselves wearing these at a fancy garden party with sandals and   fascinators, champagne and strawberries... 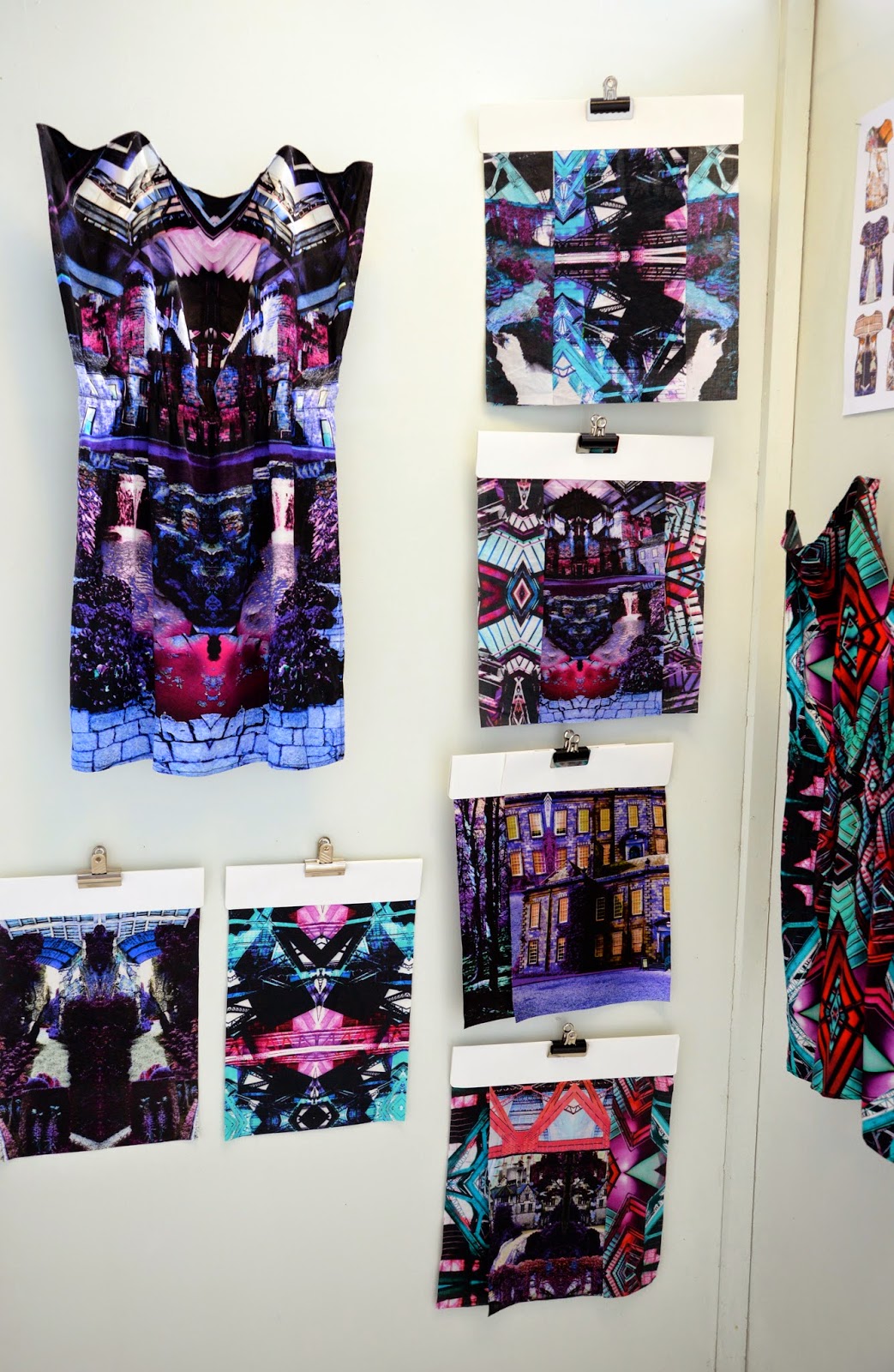 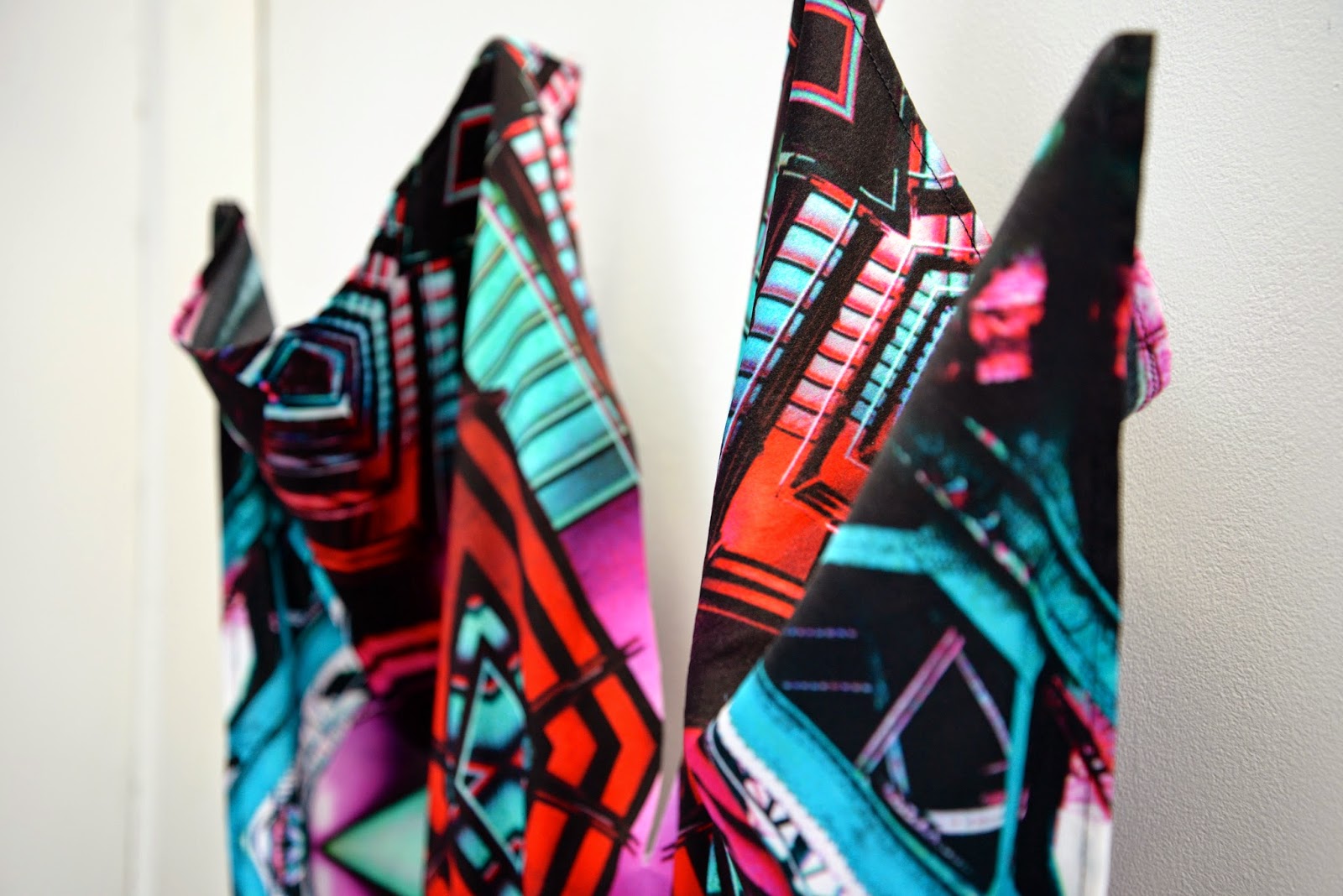 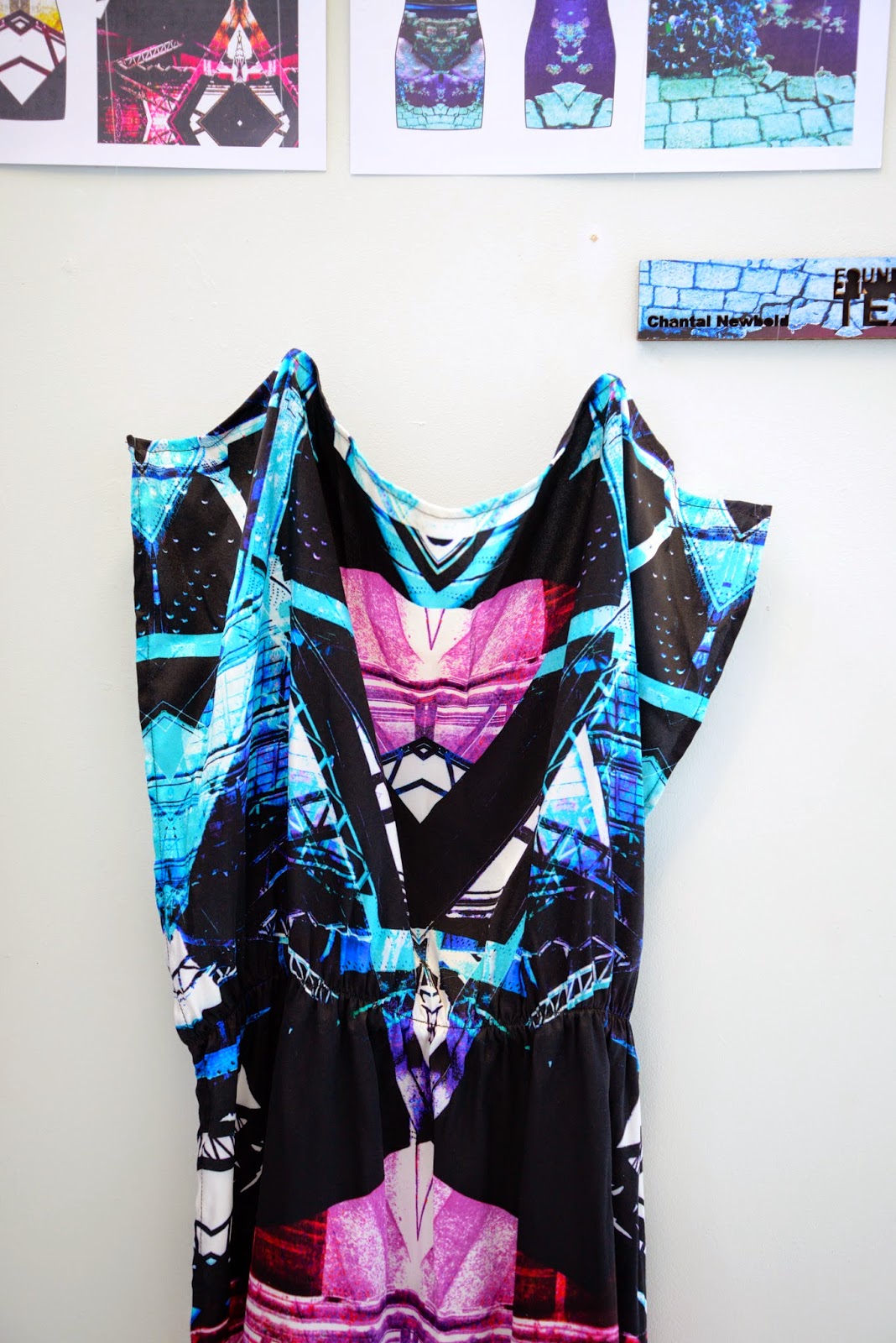 Textile graduate Chantal's fashion fabrics are an explosion of tropical technological eye-catchers. Her multi-layered motifs mirrored with some clever Photoshop skills thrown in create some truly striking works, and we love how she has made some into beach-to-club tunics, perfect for that Ibiza holiday! 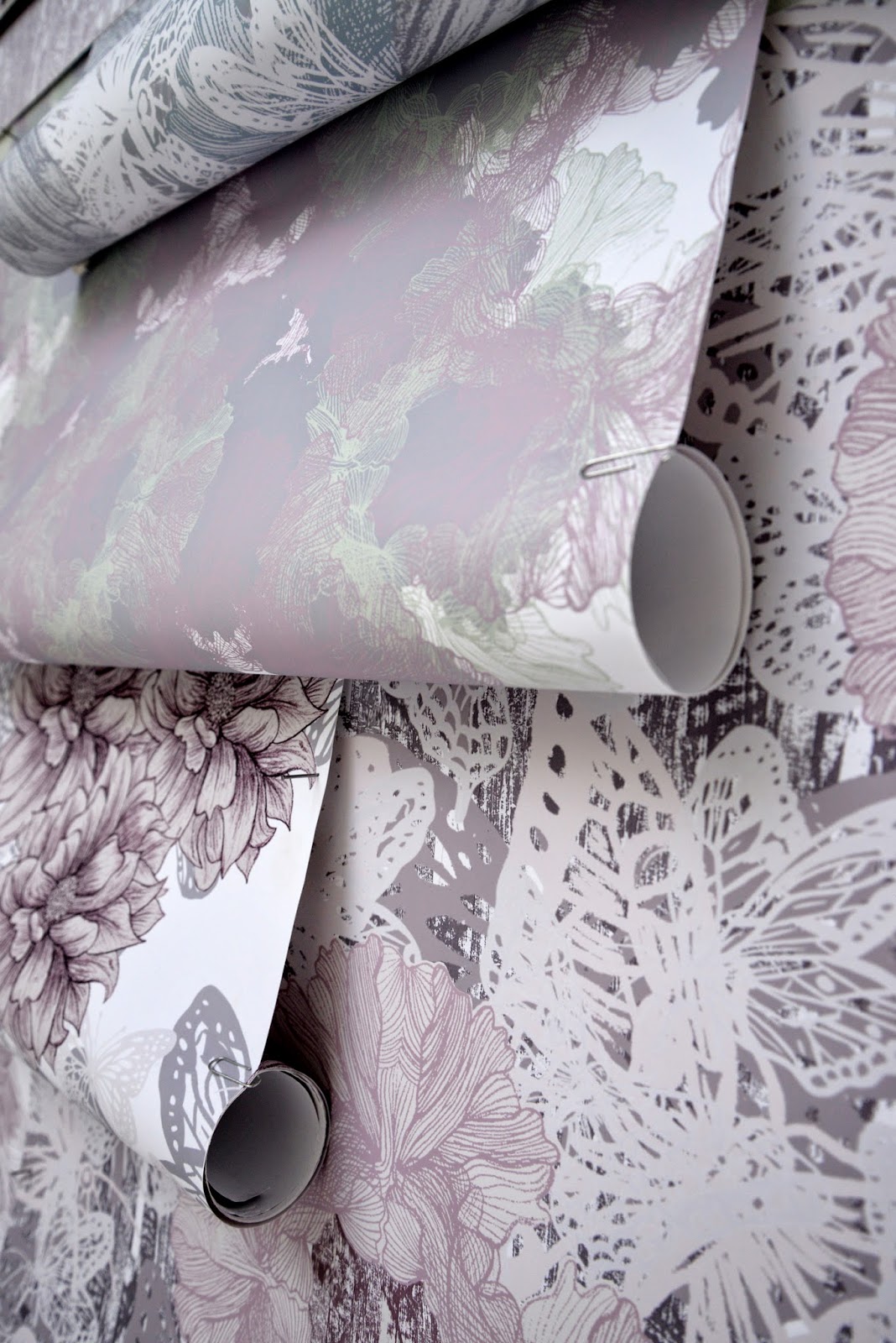 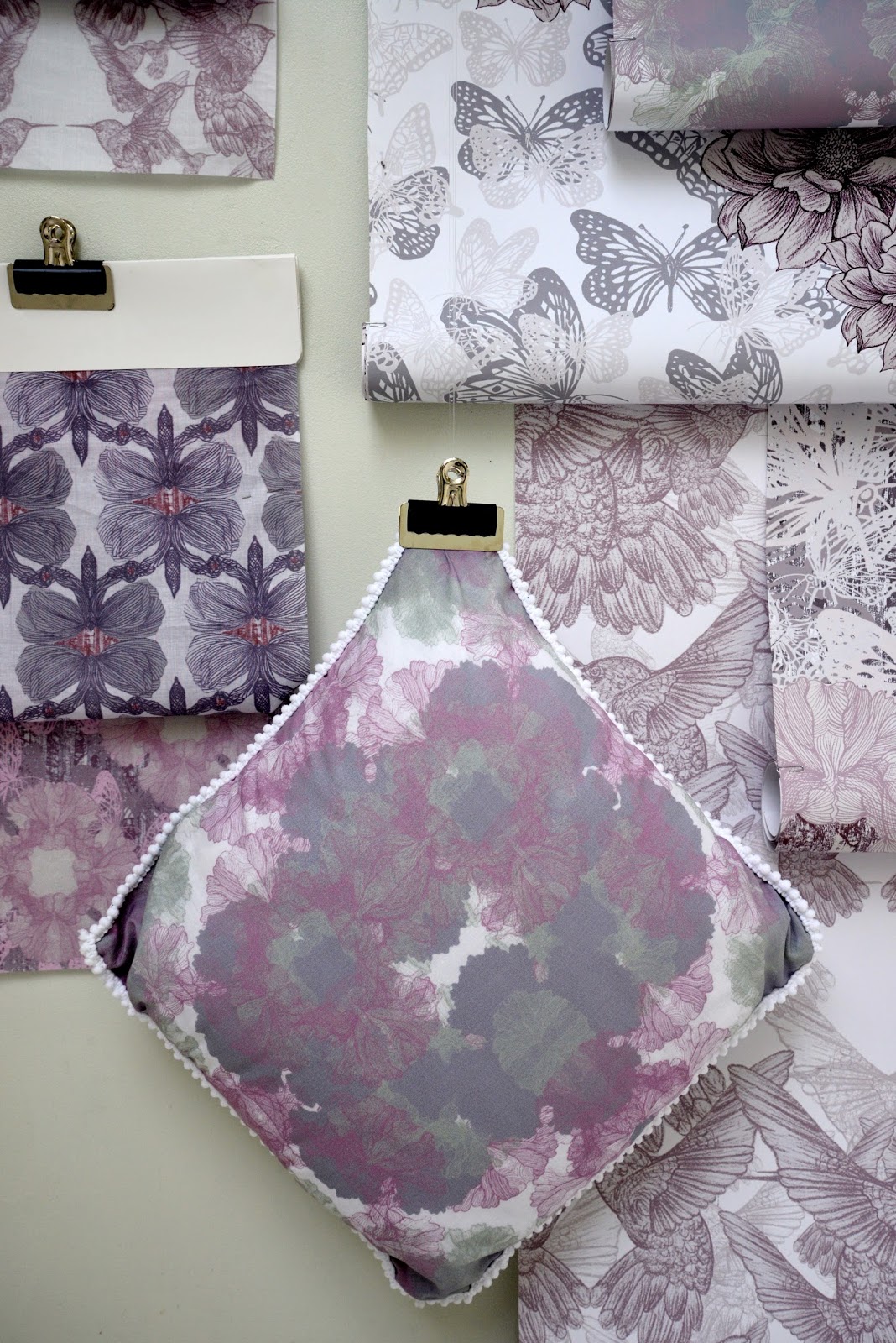 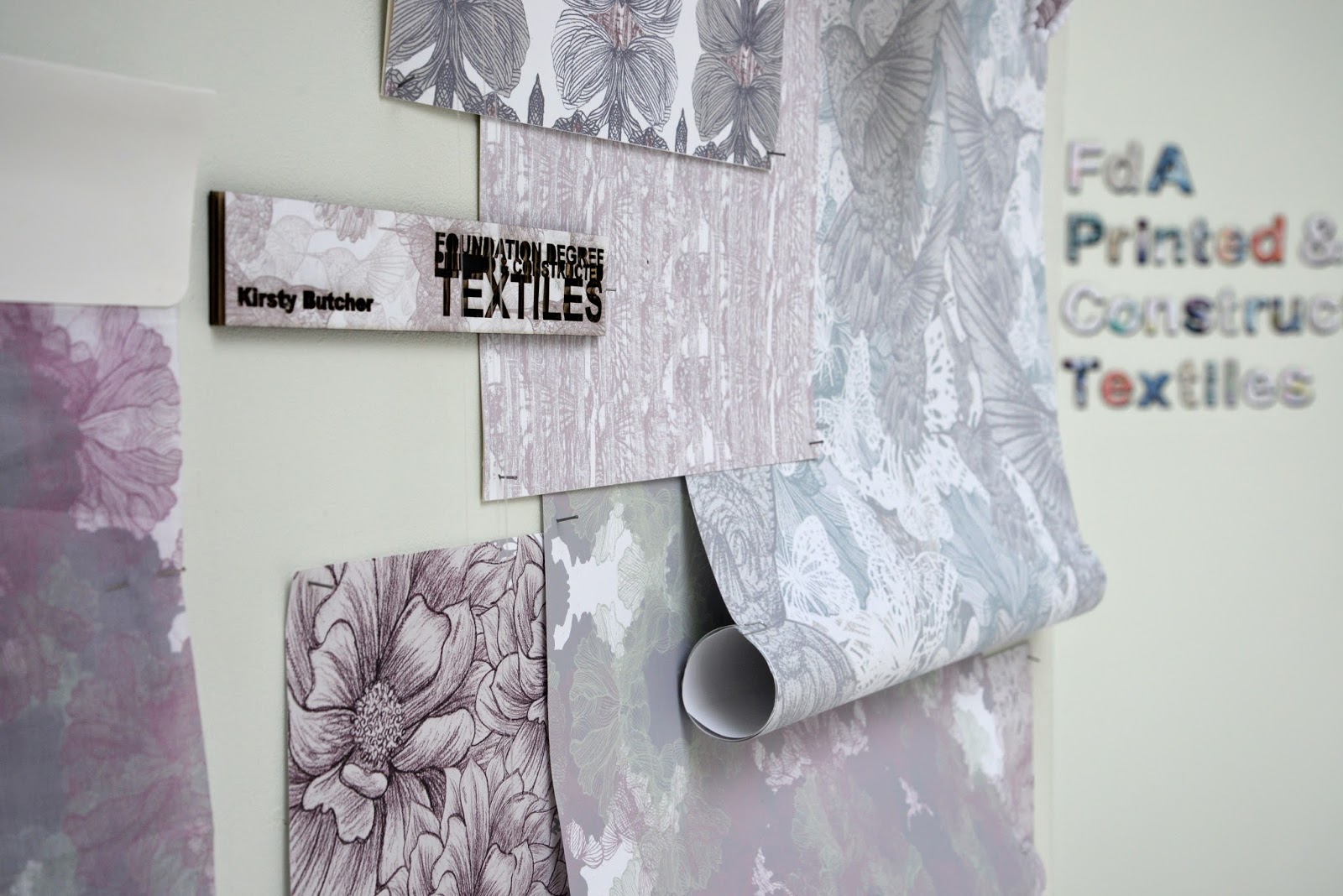 Kirsty Butcher, a textiles graduate who has specialised in interior design, has created a range of nature-inspired wallpapers and cushions with dusky purple neutral shades. Her strong illustration skills really shine through to create a tranquil, sophisticated collection, which is the main focus of her designs. 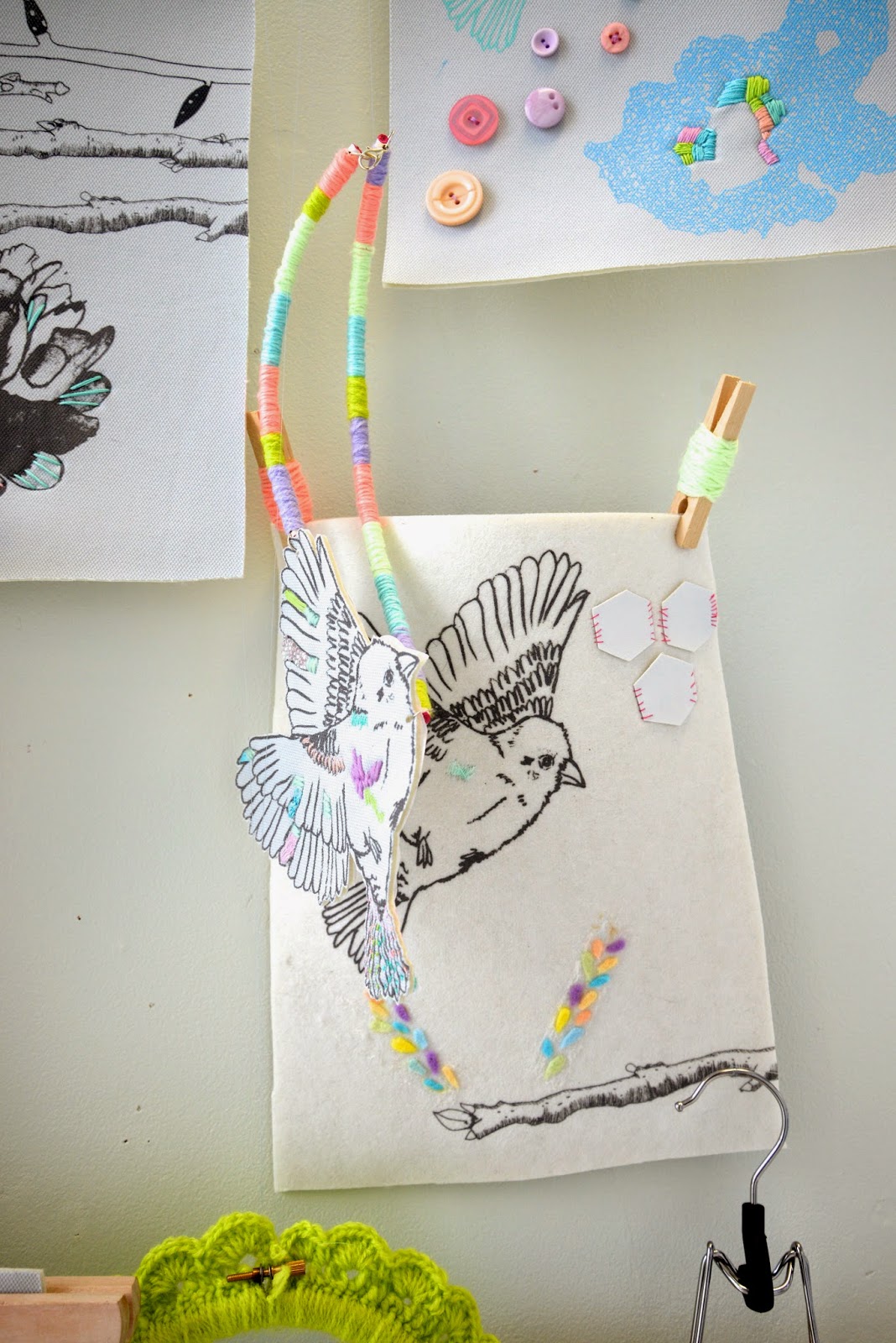 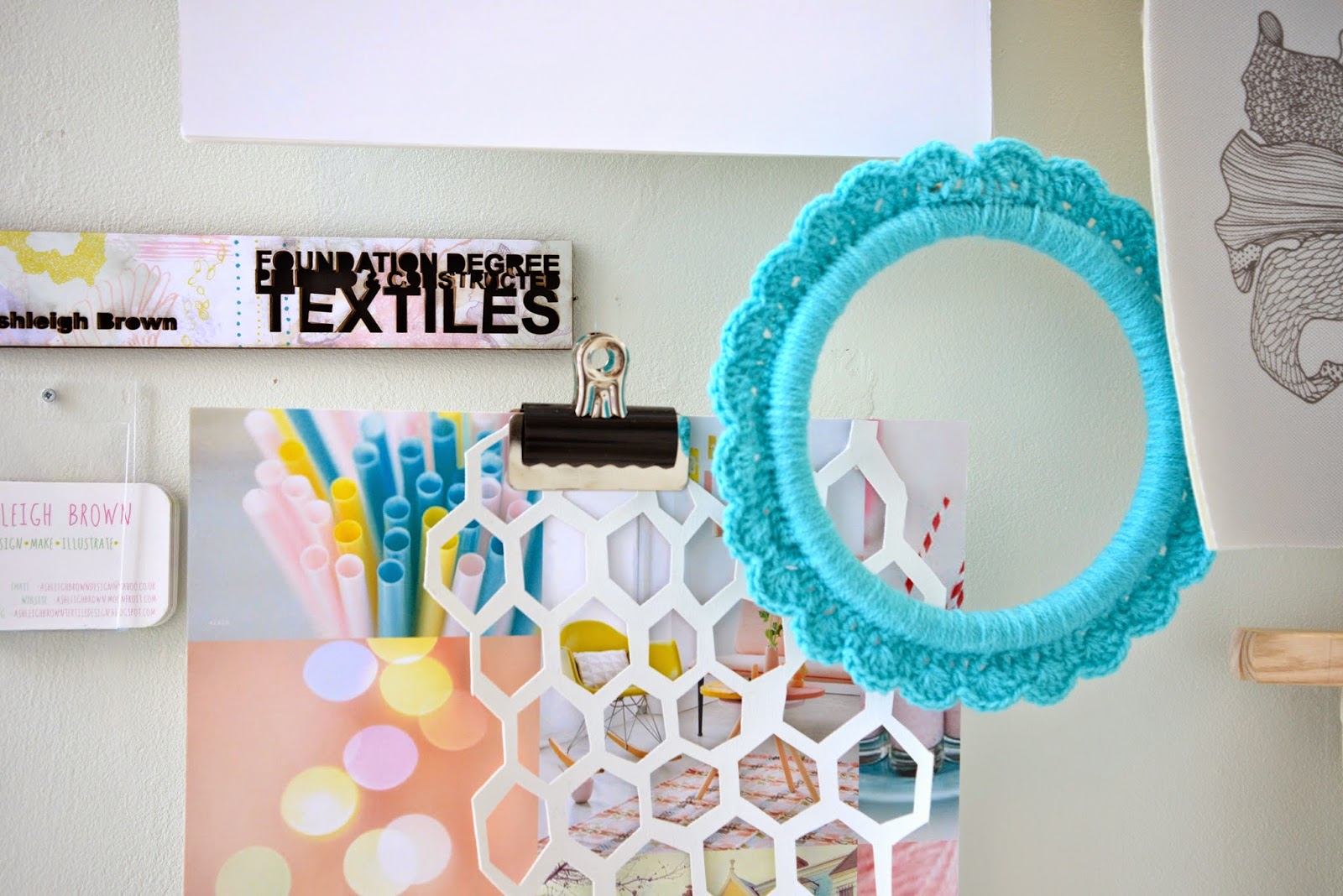 Ashleigh Brown presented a delicate yet vibrant jewellery collection inspired by nature, fusing together poetic illustration and sherbet rainbow highlights. We love how she has enhanced her lush drawings with various textures such as crochet, hand-embroidery and cut-work without overpowering them, and the bright crochet circles would make beautiful frames!

We wish all of these newly graduating designers and all those who took part in the exhibition the best of luck for the future!!